Idle Monster Frontier – team rpg collecting game 1.8.6 APK for Android – Download – AndroidAPKFree Collect monsters and combine them to become the epic heroes of the frontier in this idle RPG.

Long ago, the Old Gods, heroes of a forgotten era, united their tribes to purge The Darkness from the monster world. Now, The Darkness has returned, and the Old Gods are blind to the threat. It’s up to you to collect monsters from every tribe, and combine them to save the world from endless darkness in this idle rpg.

If you’re looking for a monster collecting game combined with an idle rpg game, look no further.

MONSTERS AS HEROES
Build a team of heroes by collecting monsters. There are over 150, and more to see. Merge monsters to double their power to prevail in monster battle.

SKILLING YOUR MONSTERS
Each monster has up to 6 skill slots, depending on their rarity. Epic monsters and Legendary monsters have more skill slots. Skilling is just as important as leveling.

IDLE CLICKER GAMES MECHANICS
With generous offline progress and offline earnings, your monster heroes never sleep. You can even capture monsters offline! Sit back and watch the idle action game unfold while your legendary heroes clash in this auto RPG. Prestige to the next level when you’re ready for more epic monster collecting.

AN ENDLESS FRONTIER TO EXPLORE
The idle adventure never ends. With incremental mechanics and no damage, distance, or level caps, this endless auto idle rpg game is not your average monster collecting game. Monsters adventure through the frontier and win monster battles to collect monsters and gold to bring back to your base. Discover new areas and strategies.

AUTO RPG WITH POTIONS AND SPELLS
Adventures always start at your home base. Command your monster team to explore the frontier, then sit back while auto rpg mechanics take control of the monster battles. You can use potions and spells to help your monster team battle.

HOME BASE BUILDING
Level up your home base to unlock potions and spells. New options for skilling and leveling up unlock as you reach new distances and buy buildings. Explore monster fusion in the Secret Lab, and participate in monster sacrifice at the Altar for permanent boosts.

DEFEAT EPIC BOSSES AND CLIMB THE TOWER
After you prestige, your monster team can enter the Tower to battle legendary heroes and epic monsters. Defeat every monster team in battle to climb the tower. Collect gems and monster rewards for every victory. 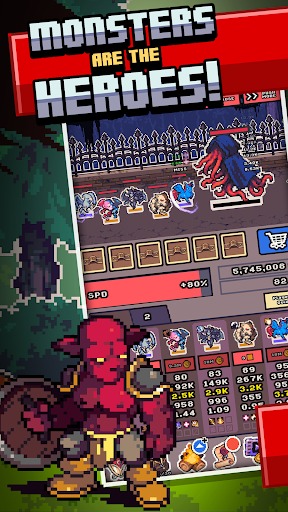 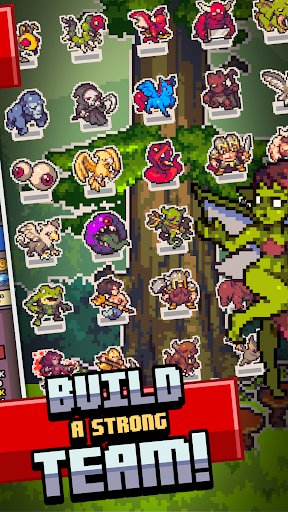