Instant War – Real-time MMO strategy game 1.14.6 APK for Android – Download – AndroidAPKFree Embark into a military strategy RTS game, in a world where your battle tactics and your massive army are the keys to victory. Instant war : Ultimate Warfare delivers an amazing battlefield experience. As a commander, you must develop your military base and lead your army (tanks, soldiers, anti-aircraft units, etc..) through the battles in order to climb the ranks of this 4X RTS tank war game.

Join an alliance and defeat your opponents, using a large action pannel available : army reinforcement, battle tactics, real-time strategy, assault forces, drone and even airstrike. In this 4X game, you can fight for strategic territories or ressources points. Chose wisely how to manage your ressources and massive army in order to defend your base from the other players. All your actions are in real-time strategy, so you can cooperate with your friend in order to defeat the toughest foes. As a multiplayer 4X game, the key to your victory will be your military strategy.

– Massive army : develop the military force that suit you the best! Choose between more that 50 differents units (including tactical units). Each of them have their own specialities, strenghts and weaknesses. It’s your duty as a war commander to build the best army and military tactics for all situations.
– Base building : Personalize and expand your Headquarter. Optimize your defense system, surpervize military, medical, technical or A.I researchs and create a farming empire that will allow you to take advantage of the other MMO strategy players.
– Real-time Strategy : Team-up with your friends or with your alliance and and lead night raids to your ennemies bases. Take part in a real 4X RTS warfare and destroy your opponents!
– In-game events : Participe in daily events : PVE world boss, cross-server warfare, special events (Halloween, Christmas,etc..)
– Alliances : Forge strategic alliances with other players and create the best RTS pro army. Find the best battle tactics, assemble your armies and lead your coallition to the top!
– Dynamic battlefield : Use 3D terrain at your advantage to ambush your opponents in true real time strategy fashion.

Year 2040: States have collapsed and war rages on, unleashed technology has created a new generation of warfare.
Discover secret weapons, grow your empire and become the one and only true Commander of this new order!

From the ashes of the Old World, new nations have risen and become geopolitical superpowers.

The arms race is back and fiercer than ever. Extensive budgets are poured to develop new tactical weapons powered by AI.

Units :
• Ground units / Infantry : Man over Machine
• UGV : Shatter your enemy’s armor!
• Armored : Power over speed
• LSV : Swift and Deadly
• Artillery : Pierce the sky, unleash the Hellfire
• Tactical : Be ahead of the curve

Instant War is free to download and play, but some game items can also be purchased for real money. You can switch off this option in your device’s settings.

A network connection is also required to play the game.

Facebook: https://www.facebook.com/InstantWar
Discord: https://discord.gg/instantwar
If you have problems while playing the app, or if you want to offer some interesting opinions for improving it, don’t hesitate to contact us on our Discord.
Many Bug Fixes and Improvements. 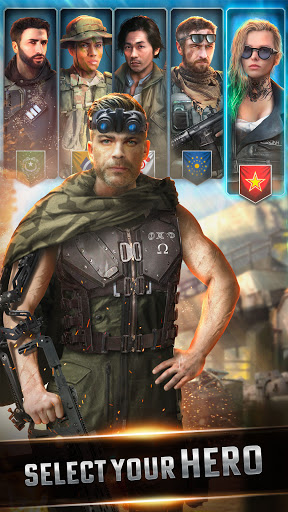 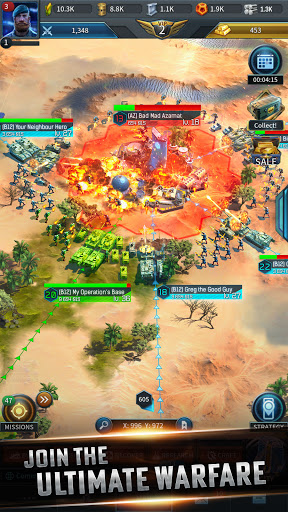