A free educational application “Learn dinosaurs for kids” – a set of cards with vivid pictures and sounds of Jurrasic world that were recreated using computer technology. It is intended for toddlers of primary preschool and school age. This teaching aid, aimed at the early development of the child, can be used in educational classes by parents, educators, and primary school teachers. The app “Learn dinosaurs” for children includes four categories that divide extinct animals according to their primary features;
● Flying dinosaurs;
● Predatory dinosaurs;
● Herbivorous dinosaurs;
● Marine dinosaurs.
The free guess game with dinosaur cards will help toddlers remember what a tyrannosaurus looks like, how to recognize a triceratops among them, who is a diplodocus and how it differs from a stegosaurus.
Jurrasic world for kids – the most interesting game

“We learn dinosaurs” for toddlers like both boys and girls. They are happy to examine unusual animals and remember their names, comparing with each of them ♪ the sounds of dinosaurs. The key point of the application is to expand horizons, to give an idea of ​​the diversity of the animal world and its evolution. Kids can meet other representatives of modern flora and fauna at the zoo, but they will never see there a tyrannosaurus, triceratops, diplodocus or stegosaurus because they disappeared many thousands of years ago.
Benefits of Using Dinosaur Cards

A free application with Jurrasic world for kids allows you to develop thinking, memory, attention, perseverance and observation. In the first five years of their lives, toddlers remember new images and concepts well, therefore, new information about flying dinosaurs, dangerous predatory dinosaurs, harmless herbivorous dinosaurs and their aquatic relatives, marine dinosaurs, are easily digested and reproduced. It is useful for the development of speech, comparative analysis. Using the free “Guess” game with dinosaur pictures for babies contributes to the child’s earlier development. The earlier the knowledge of the world begins and the more information a child receives about it, the better its memory develops. Vocabulary is expanding significantly, speech is actively developing.
Using ♪ dinosaur sounds by speech therapists

This application is universal – it is suitable for regular and speech therapy groups. Sounded dinosaur cards are ideal for developing speech and staging some ♪ sounds. Reproducing the sounds of Jurrasic world heard ♪, children try to repeat them and train the speech apparatus during the game.
How to use dinosaur cards to educate and develop toddlers

The free dinosaur cards can be used for group and individual lessons with kids. In a playful way, teachers conduct lessons in kindergarten aimed at familiarizing themselves with the outside world, as well as extinct animals. This is of particular interest: children enthusiastically listen to the sounds of dinosaurs, trying to imagine how these animals might look like. Variations are possible depending on the goals, age, characteristics of toddlers, their number, intellectual level.
• Added a new section “Interesting Facts”.
• We welcome your feedback.
• We work for you and your children
• Thank you for installing our app!

Download Jurassic World Dinosaurs for kids Baby cards games Free .APK file by clicking on the download button above. Let other’s know if you liked the modded game by commenting. 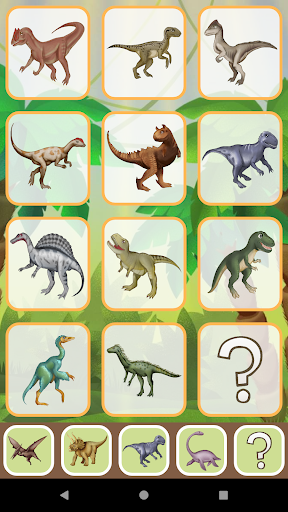 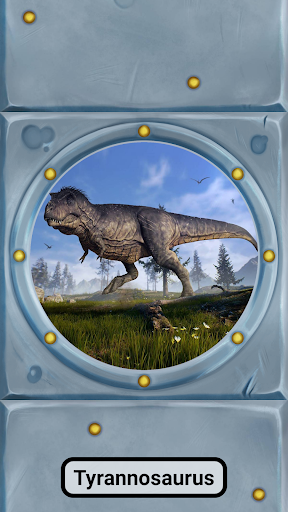