💀THE INTERACTIVE STORY OF SEVEN (7)💀

Just as you thought the horror is over and you could live in safety from now on, evil strikes again and threatens your and the life of your friends and family.

In this psycho episode of the Horror Text Thriller, a stranger contacts you and forces you to decide about life and death. He hunts you down and threatens the important people in your life with twisted mind games. Follow the clues hidden in pictures, text messages, documents and in the calls of the psycho strangers. Find out who is hiding behind the mask and save the lives of your friends.

💬YOU DECIDE THE MESSAGES, YOU INFLUENCE THE GAMES COURSE💬

How you decide has an impact on the course and the end of this scary episode of the interactive horror story. So you can actively determine the story and influence your relationship to the different characters. It’s even up to you to decide who will survive in the end.

In Seven (7) you can directly decide how to interact with the people in your life. Every text message and every time you decide influences the relationship you have with all the characters. The interactive thriller game will force you to choose between people and let some of them get lost in the scary depths of this horror story.

🕹THE INTERACTIVE GAMEPLAY OF SEVEN (7)🕹

Dive into the deepest abyss of the human soul and solve a variety of exciting tasks, puzzles and mini games. Seven (7): Endgame is a roller coaster ride of feelings and it’s up to you to fight an unpredictable psycho to save the lives of your friends and family! You will receive and send text messages that will directly influence the course of this interactive horror game. You can choose which way the story of the game will go by interacting with the individual characters and facing the psycho that threatens the ones closest to you.

This psych episode of the Horror Messenger Chat Thriller is completely free to play!
Optional In-app purchases can accelerate the course of the story and game.
“7 – Endgame” is now available in Turkish! 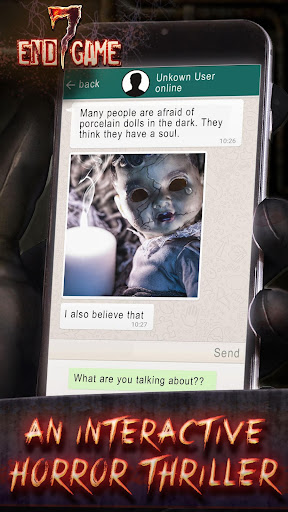 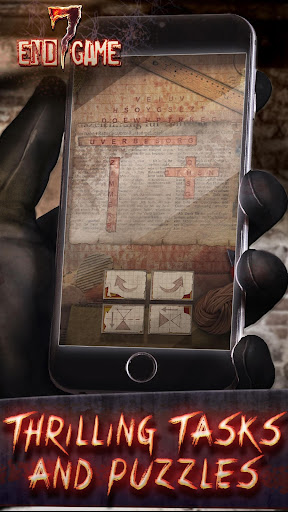