Subway Rider – Train Rush 6.0.5 APK for Android – Download – AndroidAPKFree Subway Rider – Train Rush is the latest endless bike riding adventure. Tap to change the lanes of the train to dodge them. Keep collecting cash to reach the highest score and to be the best bikes ride. The motive of the game is very simple, keep dodging the tracks and survive without any crashes.

Upgrade with various bikes and use the unique boost to blast away other train from the tracks. You can also drive on to the ramps and jump on to the top of the oncoming train to be the stunt ride in Subway Rider – Train Rush. Explore various roads that go through city, railway tracks and pass between cars. Be careful not to crash into any one of them or your game is over. Are you ready for the ultimate 3D endless dodging racing ride game?

Subway Rider – Train Rush is equipped with smooth controls and is compatible with most of the devices. So what are you waiting for? Download to enjoy this simple one tap game now! Rider Rush – Subway Trains takes the endless racing genre to a whole new level by adding a full career mode, first person view perspective, better graphics and real life recorded bike sounds
Improved game play and performance.
Thank you for the support

Download Subway Rider – Train Rush Free .APK file by clicking on the download button above. Let other’s know if you liked the modded game by commenting. 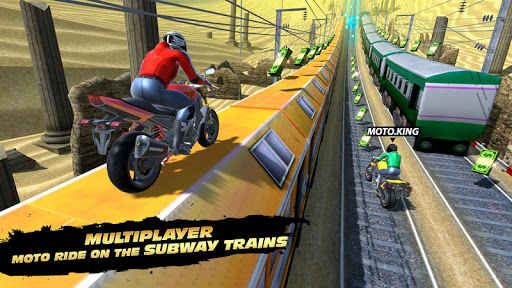 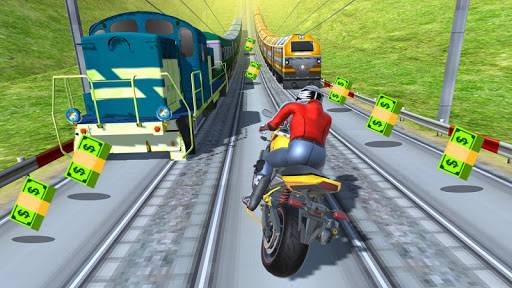