TSUBASA+ 1.3.2 APK for Android – Download – AndroidAPKFree TSUBASA+ is a real-world game that combines Captain Tsubasa, around the world, and FIFPro soccer players to allow you to build your own team, and battle other players.

Players walk around the real world and battle with Captain Tsubasa characters and real soccer players at stadiums scattered around the game! Recruit a variety of players onto your team. Create your very own team from your recruits while you play in 1-on-1 battles with 3 players around the world to make the best team possible!

● Players from Captain Tsubasa and FIFPro
• Characters from Captain Tsubasa make an appearance.
• FIFPro soccer players currently playing around the world also are in the game.
• Each player has their own characteristics, nationalities, footedness, and skills.
• You can enhance a player by collecting multiple copies of them.
• Each character is 3D modeled, allowing you to enjoy realistic matches.

● Win a 1-on-1 to Get a Player to Join You
• Wining a 1-on-1 Stadium Battle will register that player as one of your friends.
• Characters who befriend you can be used in your team, ability value can be increased and improve the power of your team.
• During the battle, properly time your shot within the time limit to win.
• You’ll earn more points and get a higher win rate by gathering multiples of one of the three-color balls.
• You can collect a maximum of five balls.
• The color of balls is related to the opponent.
• Earn experience through battle and improve your character!

● Leveling up the Home Stadium is the Key to Development in the Game
•Users can set one of the stadiums installed around the world as home stadium.
• The Home Stadium also levels up with user visits and the higher the level the better the players that will appear.
• By improving the Home Stadium better items will be available for sale.
•At the home stadium each user can earns stadium points based on their contribution to stadium.
•Items can be obtained for free at the Home Stadium once per week. What items are available depends on the stadium points.
• The items that can be received change depending on the number of Stadium Points received.
• Stadium Points are totaled weekly for users and rankings are displayed.
• The player who contributed the most Stadium Points for a stadium earns the naming rights as well as other special privileges.

● Power Up Your Team with New Players
• Check out the stats of the players who join you from 1on1 battles and think about who the best fit for your team will be.
• Players have their own attributes, nationality, position, footedness as well as skills to check out.

Download TSUBASA+ Free .APK file by clicking on the download button above. Let other’s know if you liked the modded game by commenting. 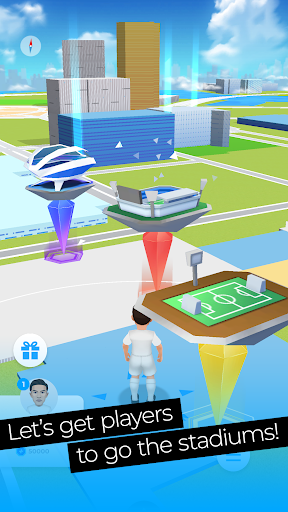 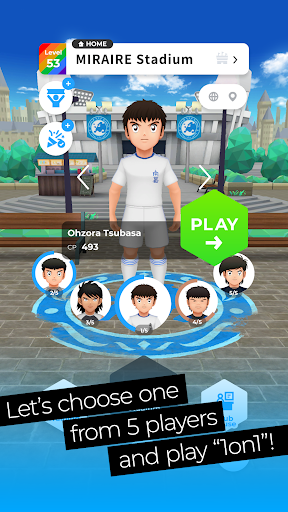