World Cricket cup season arrived and top ODI cricket team’s formation announced. Let’s become a skipper of world cricket cup 2019 virtually. Imagine yourself as cricket team captain and you have to bring the trophy home for your country. Let’s hit four, six and reveal your aggressive batting style to your rivals.

Welcome to the latest android cricket gaming. Any cricket lover can now play the most advanced 3d cricket tournament game in their android device. Cricket world cup 2019 game is the most comprehensive sports game for your android device. You can play in a variety of modes including tournament & single matches.

Game Objectives:
Be the champion of world cricket cup 2019 revealing the top batting and bowling performances. The objective in cricket championship is to score as many runs as you can in a number of overs. As a batsman you must watch the ball delivery carefully and swap the left, right on screen at right timing to take perfect shots. By striking the fast and spin bowling you can get highest score. You can play the maximum number of cricket shots including the favorite player’s shots. As a bowler your first objective is to out maximum players as you can in an over & score to win the tournament.

Game Play Modes:
Play with your favorite ODI cricket team in 3 exciting game play modes: training mode, beat the best and world cup tournament. Now first time, feel the difference between several batsmen and their styles of playing. Batting types like defensive, balanced, radical and brute, each with their exclusive cricket shots and aggression levels making it one of the best games in world of cricket. The gameplay difficulty level will be unpredictable throughout the game which create thrilling moments.

World cup Third umpire, commentary box, cheer leaders, score board will made this tournament more entertaining. Variety of cameras are covering the players batting & bowling styles. You will experience the best cricket game with full hd 3d graphics & numerous cut scenes. Realistic animations, intuitive controls, and improved player physics take you closer to the action than ever before. 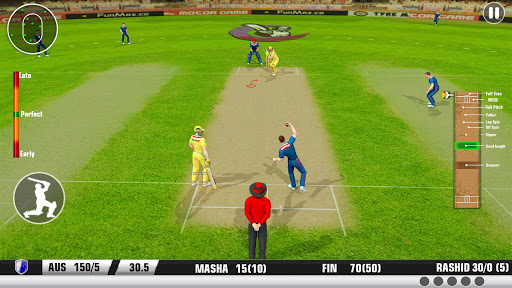 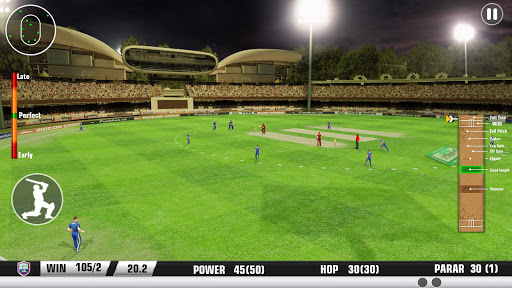